Biden’s Executive Order on Cryptocurrencies; What does it mean? 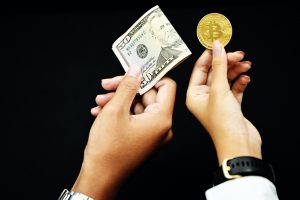 The US has signalled an interest in exploring a digital dollar amongst other things.

Earlier this month US President Joe Biden signed an Executive Order calling for his government to explore the risks and benefits of cryptocurrencies. It’s been described by some as a ‘watershed moment’ as crypto executives were concerned about whether the order would call for more stringent regulation of the industry. However, all parties seem to be satisfied.

The measures that have been announced will focus on six key areas;

The directive has placed huge importance on consumer and investor protection. There are countless stories out there of people losing money through scams or cyberattacks. For this reason, the directive is asking regulators to “ensure sufficient oversight and safeguard against any systemic financial risks posed by digital assets.” Meanwhile, the US Treasury has been tasked with developing policy recommendations on crypto.

One of the main criticisms of cryptocurrencies is the energy cost. The mining of a single bitcoin block consumes enough electricity to power more than 28 U.S. homes for a full day.

Bitcoin relies on a mechanism known as proof of work to confirm transactions and generate new units of currency. A decentralized network of computers competes to solve complex math puzzles in order to mine the cryptocurrency. The more computing power a miner has, the higher their chances of being rewarded in a new bitcoin. Hence, why mining uses so much energy.

Biden’s directive asks the government to look at ways of making crypto innovation ‘more responsible’ to reduce any negative climate impacts. China banned all cryptocurrency mining last year, leading to many miners moving their base of operations to the US. No doubt this is an environmental concern for Biden’s government.

With China effectively banning cryptocurrencies, the US is seeking to take advantage. Biden has asked the Department of Commerce to establish “a framework to drive U.S. competitiveness and leadership in, and leveraging of digital asset technologies.”

He has also directed federal agencies to root out illicit activity in the crypto space. This comes as concerns are raised about sanctioned individuals in Russia still being able to access funds through cryptocurrencies. Biden has called for international collaboration on the issue of illicit activities as well as an “unprecedented focus of coordinated action” from federal agencies in mitigating illicit finance and national security risks posed by cryptocurrencies.