Ethereum Merge: Everything You Need to Know 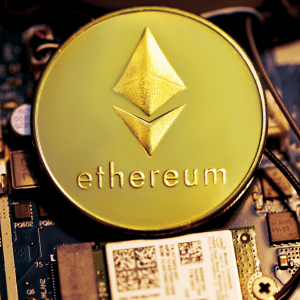 Crypto fans everywhere will be watching the Ethereum Merge closely but what exactly is happening?

On September 15th, Ethereum, the blockchain behind the world’s second largest cryptocurrency, will merge with new software. The upgrade which has been delayed several times is set to reduce the carbon footprint of Ethereum by up to 99%.

So what exactly is happening?

Proof of Work vs Proof of Stake

Cryptocurrencies have long come under fire for the amount of energy required to mine them. This is because validating a block requires the solving of very complicated mathematical equations. This is usually done by a large number of computers acting as one unit, otherwise known as a rig. Rigs require a lot of energy and as a result, the carbon emissions from crypto mining are huge.

This method of validating the block in a blockchain is called ‘proof of work’ and it’s how most cryptocurrencies are currently mined. However, that’s all about to change with the Merge as Ethereum moves to a ‘proof of stake’ model by merging its Mainnet with new software called the Beacon Chain.

Proof of stake removes the need for complicated mathematical equations to be solved. Instead, when proof of stake comes into effect, miners will deposit ether tokens into a pool. These tokens are like lottery tickets so if your token number is called, you win the right to verify the next block and earn the rewards that come with it.

However, this new system doesn’t mean that anybody can enter the lottery. Miners or validators as they’ll now be called will have to stake a minimum of 32 ether ($48,500) to be allowed to enter.

Critics of cryptocurrencies often point to the huge energy consumption that mining uses. For example, it’s currently estimated that Ethereum uses the same amount of energy as the population of Switzerland. If Merge succeeds, Ethereum claims that its carbon footprint will be reduced by up to 99%.

However, it’s not clear if other cryptocurrencies are going to follow Ethereum’s lead. Critics of the move claim that proof of work is more secure than the proof of stake method that Ethereum is moving to. Fans of Bitcoin for example claim that Bitcoin is mostly powered by renewable energy so they don’t need to change their method of validation.

There are of course risks to fundamentally changing a key aspect of any process, especially one that relies so heavily on software. For example, there may be bugs that could cause an outage and massive disruption.

Another risk as highlighted above is whether proof of stake will be as secure as proof of work. However, there is a system for getting rid of validators who break the rules called ‘slashing’. Here, a validator’s stake will be burned and they will be locked out of the network if they’re found to have acted maliciously.

No matter what happens, Ethereum fans and critics alike will be watching the Merge closely. The estimated date is September 15th but given how many times the Merge has been delayed, don’t be surprised if the date is pushed out again!