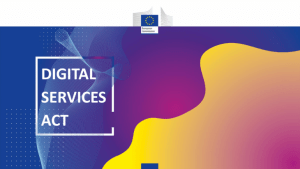 Last month the EU agreed on a significant new piece of legislation on how to police online content. But what exactly is the Digital Services Act?

After a mammoth 16 hours of negotiations, the Digital Services Act (DSA) was agreed upon between EU member states, the European Commission, and the European Parliament on April 22nd. Described as a “historic” agreement, by European Commission President Ursula von der Leyen, the Act will change the way large tech companies police their content online.

At the time of writing, the full text of the DSA has yet to be published. However, we have a broad idea of what the Act will entail. To put it simply, what is illegal offline will be illegal online. However, what’s illegal will be up to the individual country to define and platforms will have to explain clearly why something was removed and have an appeals process in place too.

This will mean a greater onus on large tech companies (defined as platforms with more than 45m monthly active users in the EU) to deal with illegal content quickly and efficiently. If they don’t, they could risk being fined up to 6% of their annual turnover. Given Meta’s turnover was $65.69 billion in 2019, that could mean a fine of $4.17 billion.

It’s important to note that platforms with less than 45m monthly users in the EU will be exempt from certain aspects of the DSA.

As well as hefty fines, tech companies are going to have to change how they can advertise to their users. Under the Act, targeted advertising based on an individual’s religion, sexual orientation, or ethnicity is banned. Targeted advertising at anyone under the age of 18 will also be banned.

One of the obligations which will be most obvious to users will be timelines. Under the Act, large companies like Meta (or Facebook and Instagram in this case) will have to explain how their recommender algorithms work. They will also stress that users should be offered a recommender system or newsfeed not based on profiling. In English, it means you should be offered a chronological timeline as Instagram has recently reverted to.

As well as that, unsubscribing from things is about to get a lot easier. Under the Act, “confusing or deceptive” interfaces (known as dark patterns) will be banned. These dark patterns try to get people to make certain choices such as a very small cancellation button under a large notice or a bank of text to stop people from leaving.

As the text of the DSA is still being finalised, publication is still a while away. However, once published the act will come into effect 20 days after. Companies will have 15 months to comply which means enforcement won’t begin until 2024. However, expect to see changes from WhatsApp, YouTube, Facebook, TikTok and Instagram before then.

Finally, don’t be surprised if other territories outside the EU adopt similar standards to the DSA. The introduction of the DSA could have a knock-on effect in the US, similar to GDPR back in 2018.