What does cryptocurrency mean to the Banking community in Ireland? 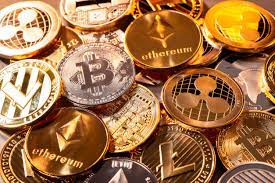 Ireland is yet to create a domestic regulatory regime for cryptocurrencies, creating a potential opportunity for the banking sector.

Coinbase made history in the US earlier this month as it became the first major cryptocurrency company to go public on the Nasdaq. Founded in 2012, its rapid rise in value is associated with the rapid rise of cryptocurrencies, particularly BitCoin.

Of course, BitCoin is famed for being unstable in value, dropping 75% in 2018. But that hasn’t stopped the US banking sector from welcoming it with open arms. Banks in the US can now use stable coins such as BitCoin to settle financial transactions. These banks can use public chains as infrastructure similar to SWIFT, ACH, and Fedwire. This will potentially transform banking and the global economy.

So what does this mean for Ireland?

Interestingly, Ireland currently does not have any standalone regulatory regime on cryptocurrencies. In fact, the Central Bank doesn’t recognise it as legal tender.

It seems that Ireland is waiting for the EU to act before it introduces a domestic regulatory regime. This would allow Ireland to be more agile in its response to cryptocurrencies and crypto-assets, regulating when the market is big enough to require it.

The opportunity for Irish banking may be in regulating the crypto-service business in the future. With our combination of tech companies and a thriving fintech market, we could become a European leader in revolutionising the banking sector.

Writing in the Sunday Business Post in March, Josh Hogan of McCannFitzgerald wrote;

“The unique combination of a favourable legal system, our status as a fintech hub and our continued membership of the EU makes Irish law a serious contender to be chosen as the governing law for the issuance of crypto-assets in the EU.”

Will the Irish banking community take advantage of this potential opportunity? It remains to be seen. Addressing the ninth Whittaker Lecture in 2019, Mexican economist Agustín Carstens stated that he believed there wasn’t a consumer want for a central bank-backed digital currency. If he’s correct, then regulating crypto-assets at an EU level may be the only opportunity the Irish banking community gets in this area.